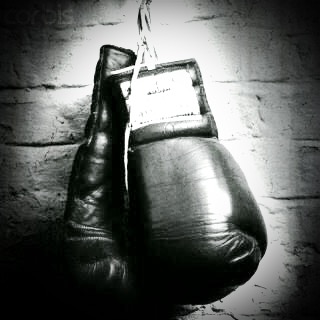 I became aware of Muhammad Ali when I was a little boy sitting on a living room rug watching him on a black and white television. When I listened to some men–some white men, to be more exact—-talk about him, I got the impression I wasn’t supposed to like him.

But I loved him no matter what anyone else thought. I didn’t care that much about boxing; I just wanted to hear the man speak.

Every time he was on the screen, I was nothing but eyes and ears. What was he going to say next?

He boasted in a way I’d never heard anyone boast before, with rhyme and rhythm and humor and no malice. He had a cadence and a presence and he made a liar out of every bigot I ever knew, because whatever they wanted me to think of him, the little boy that I was recognized the indisputable: this black man appearing on my tv really was the greatest, and I knew it drove them mad.

It made them even madder when he refused to fight a war he didn’t believe in. I know there were others who went off to fight that war and many who never came back, and I believe it’s right to honor their service, courage, and sacrifice.

But I often wish there were more people in the world who would say, “No, I will not go off to kill or be killed by people I don’t know just because you’ve stamped the orders with the emblem of a country, ideology, or creed. You have to give me damned good reasons to do that, not just wave a flag or some other symbol in my face. I don’t kill or die for flags. I’d only do something like that, like I said, for a very damned good reason, and you haven’t given me one yet, not as far as I can see.”

If there were more people in the world willing to do that, older men of every nation and creed would have a much harder time recklessly spending the lives of the young.

Ali was never greater, in my book, than when he stood up, put his fists and his foot down, and said, “No, not me. I’m not going to kill for you.”

And I don’t care what anyone thinks of me for thinking that. I was just a little boy when a man on my tv screen taught me not to worry about such things.